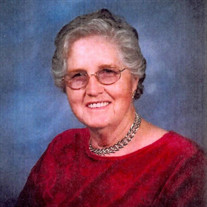 ROCK – Willa Mae Blankenship Haynes, 89, of Rock, died Monday, June 22, 2020. Born April 30, 1931 in Bud, she was the daughter of the late Charlie Sizemore and Rosa Gay Blankenship Sizemore. She married the father of her children, Carl W. Blankenship, in 1946. After being a widow for several years, she married Edward Haynes in 1989. In addition to her parents, she was preceded in death by her husbands; 14 siblings; and youngest child, Peggy Sue Davis Hipp. Willa devoted her life to her family and her church. She attended Silver Springs Baptist Church in Princeton and Bible Baptist Church in Lashmeet. She was happiest when doing for others. She gardened and canned her bounty. She could milk cows, raise chickens and make butter and run a small farm. She could drive nails and hang drywall, paint and fix what was broken. Her embroidery, crochet and sewing skills were exceptional. When her mobility was limited, she crocheted literally hundreds of afghans for her family, friends, military veterans, nursing home residents, young children and babies. Where there was a need or a desire from someone, she was ready to help. When her youngest child, Peggy, was diagnosed with cancer, she crocheted almost non-stop and sent hats, scarves and throws for cancer fighters. Her crochet items were distributed to new born babies in hospitals, the homeless and all friends and relatives. Scarves and prayer shawls were available to anyone who needed them. Her most joy came when someone made a special request for her handiwork. Those left to cherish her memories include sisters, Georgia Shrewsberry and Rosa Sizemore of Wyoming County; four children, Virginia Warf and her children, Diana McNeal (Robert) and daughter Brianna (Blake) and Tammy Baumgartner (John) and children John Anthony (Ashli) Bullard and Ashley McAlister (Carl); William Lester, Jr. (Rebecca) and children, Jesse and Timothy; Angela Vest (Brian); Yuvonne Mastrorocco, (Michael) and children, Christopher and Sarah; Timothy C. Blankenship (Shirley) and his daughter, Tonya Bowden and children, Sam, Kienna and Mia Malone; her youngest daughter, Peggy’s son, Joshua Davis (Ashley) and her children, Olivia and Emily; son-in-law, Hershel Hipp and children, Eli Hipp (Joe) and Maggie Hipp; step-children, Linda Haynes, Steve Haynes, Dona Jean Hypes (Jesse); Edna Pennington and their families, which includes several grandchildren and great-grandchildren. Due to the virus pandemic and the at-risk family members, funeral services will be private. In lieu of flowers, memorial contributions may be made to the American Cancer Society in honor of Ed Haynes and/or Peggy Hipp. Arrangements by Bailey-Kirk Funeral Home in Princeton. Online condolences may be shared with the family at www.bailey-kirk.com.

ROCK &#8211; Willa Mae Blankenship Haynes, 89, of Rock, died Monday, June 22, 2020. Born April 30, 1931 in Bud, she was the daughter of the late Charlie Sizemore and Rosa Gay Blankenship Sizemore. She married the father of her children, Carl... View Obituary & Service Information

The family of Willa Haynes created this Life Tributes page to make it easy to share your memories.

Customized sympathy cards. Mailed for you.