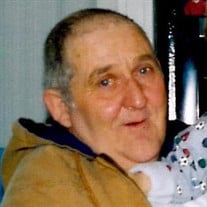 ROCK – Uriah Shelby Akers, Sr., 78, of Rock, died Friday, September 21, 2018. Born January 16, 1940 in Arista, he was the son of the late Lawrence Akers and Nola Shrewsberry Akers. Mr. Akers was a veteran of the U.S. Army having served in Korea. He worked at Fischer Body for General Motors in Baltimore, Maryland. He started in the coal business and was a foreman at a coal preparation plant in Herndon and several other locations. He was of the Christian faith and enjoyed hunting, fishing and gardening. He was a good dad and was a prankster. In addition to his parents, he was preceded in death by two grandchildren, Austin Wyatt Akers and Katherine Rylie Wallace; two brothers, Walton Akers and Teddy Akers; and two sisters, Victoria Ann Spangler and Barbara Jean Akers. Survivors include his wife of 59 years, Patty Shrewsbury Akers; three children, Anthony Akers and wife Sue Ellen of Pearl, MS, Uriah S. Akers, Jr. and wife Susan Gail of Pipestem and Shelby Ann Wallace and husband Rodney of Lashmeet; four sisters, Josie Harris, Doris Cordle, Evelyn Stables and Thelma Shrewsbury; and three grandchildren, Tyler Akers, Zachary A. Akers and Nathanael Wallace. Funeral services will be conducted at 1:00 p.m. Wednesday, September 26, 2018 at the Bailey-Kirk Funeral Home in Princeton with the Rev. L.A. Farmer officiating. Interment will follow at Roselawn Memorial Gardens in Princeton where military honors will be conducted by the Mercer County Veterans Honor Guard. The family will receive friends Wednesday, September 26, 2018 from noon until service hour at the Bailey-Kirk Funeral Home in Princeton. Online condolences may be shared with the family at www.bailey-kirk.com.

The family of Uriah Shelby Akers Sr. created this Life Tributes page to make it easy to share your memories.

Send flowers to the Akers family.