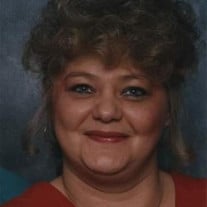 PRINCETON – Sandra Tolliver Goode, 62, of Princeton, died Wednesday, September 25, 2019. Born August 28, 1957 in Princeton, she was the daughter of the late James Morrow Boyd and Ennis Loraine Rutledge Boyd. Sandra was a member of Calfee Memorial Christian Church in Maple Acres. She was a former employee of Rose’s in Princeton, Wal-Mart and L&M Market in Lashmeet. She enjoyed gardening and bingo. She was a devoted wife and mother, and a “mommy” to her canine companion, Sissy. In addition to her parents, she was preceded in death by brother, Jerry Boyd; sister, Mary Hess; and grandchildren, Cameron Tolliver, Brandon Tolliver and Kelly Tolliver, Jr. Survivors include her husband of 23 years, Paul Goode, Jr.; three children, James Tolliver and wife Lisa of Martinsville, VA, Richard Tolliver of the home and Kelly Tolliver and wife Jaclyn of Bluefield; brothers, Jamie Boyd and wife Debbie and John Boyd and wife Lela all of Princeton; sisters, Debra Bailey and husband Maitland and Carolyn Boyd all of Princeton; and grandchildren, Joshua, Jonah, Emily, Daniel, Amanda, Shane, Roger, Kelly and Jerry. Funeral services will be conducted at 1:30 p.m. Friday, September 27, 2019 at the Bailey-Kirk Funeral Home in Princeton with Pastor Darrell Bailey officiating. Entombment will follow at Resthaven Memorial Park Mausoleum in Princeton. The family will receive friends Friday, September 27, 2019 from 12:30 until service hour at the Bailey-Kirk Funeral Home in Princeton. Online condolences may be shared with the family at www.bailey-kirk.com.

The family of Sandra Tolliver Goode created this Life Tributes page to make it easy to share your memories.

Send flowers to the Goode family.