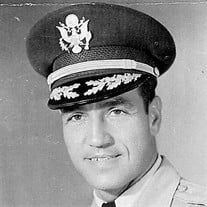 PRINCETON – Robert Joseph Bailey, 87, of Princeton, died Friday, December 1, 2017. Born November 25, 1930 in Matoaka, he was the son of the late Dewey (Doc) Bailey and Margaret Marasco Bailey Beatty. Bob was in the U.S. Army and Navy for nearly 25 years, reaching the rank of Major. He served in World War II and was in combat in the Korean and Vietnam wars and received many decorations, including the Bronze Star and Purple Heart. He was a Master Parachutist serving in the 82nd and 101st Airborne Division with 121 parachute jumps, including two combat jumps. He retired from the U.S. Army in 1970. He was a member of the Retired Officers Association, Purple Heart Association and the V.F.W. Bob was a graduate of Matoaka High School and received his Bachelor’s Degree from Upper Iowa University and his Master’s Degree from Webster College. He was active in the National Technical Honor Society. Bob worked for the Mercer County Board of Education Transportation Dept. and later was the Director of the Mercer County Technical Education Center. He was a former member of Rotary International, an avid reader and WVU Mountaineers fan. Bob was preceded in death by his beloved wife, Joyce Ann Akers Bailey; brothers, Donald, Jerry, Charles and Jackie Earl; and sisters, Shirley Moffett and Eleanor Hunter. Survivors include daughter, Jaclyn Bailey and Nick Wiley; and her daughters, Macayla and Bretta whom he loved dearly; son, Mark Robert Bailey; daughter Pamela Watson and her children; five great-grandchildren; brothers, Jim and wife Shirley, Gary and wife Kathi and David; baby sister, Sherry Bailey; his childhood friend, Maynard Hatcher; and his feline friend, Socks. A special thank you to the staff and residents of The Havens. Funeral services will be conducted at 11:00 a.m. Tuesday, December 5, 2017 at the Bailey-Kirk Funeral Home in Princeton with the Rev. Ralph Calfee officiating. Interment will follow at Monte Vista Park Cemetery in Green Valley where military honors will be conducted by the Mercer County Veterans Honor Guard. The family will receive friends Monday, December 4, 2017 from 6-8 p.m. at the Bailey-Kirk Funeral Home in Princeton. Online condolences may be shared with the family at www.bailey-kirk.com.

PRINCETON &#8211; Robert Joseph Bailey, 87, of Princeton, died Friday, December 1, 2017. Born November 25, 1930 in Matoaka, he was the son of the late Dewey (Doc) Bailey and Margaret Marasco Bailey Beatty. Bob was in the U.S. Army and Navy... View Obituary & Service Information

The family of Robert Bailey created this Life Tributes page to make it easy to share your memories.

Send flowers to the Bailey family.