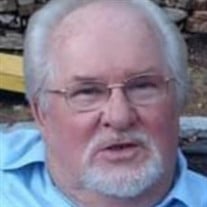 KEGLEY – Rex Luther Neely, Sr., 76, of Kegley, passed away Sunday, December 6, 2020. Born August 28, 1944 in Lashmeet, he was the son of the late Rev. Max Luther Neely and Lora Jeanette Belcher Neely. Rex was retired from the Sam Perdue Juvenile Detention Center in Princeton, where he worked for more than 24 years. He was also a security guard at Princeton Community Hospital for eight years. He was a strong force and a reliable friend and co-worker that you could always count on. Rex was a Christian and a member of Fairview Christian Community Church in Princeton. He was also a member of a Christian Motorcycle Association. He enjoyed hunting, fishing and riding his horse, as well as his trike. In addition to his parents, he was preceded in death by his only son, Rex Luther Neely, Jr.; and twin infant daughters, Cindy and Sandy Neely. Survivors left to cherish his memories include his wife of two years, Shirley Neely; devoted daughter, Dana Lynn Neely of Princeton and Kelley Neely of Parkersburg; one grandson, Rex Luther Neely, III of Beckley; one granddaughter, Tiffani Amber Neely of Princeton; two great-granddaughters, Sydney and Tulip Neely both of Beckley; two sisters, Mary Wellman of Kegley and Norma Meadows of Shady Spring; and many nieces and nephews. A memorial service will be conducted at 7:00 p.m. Monday, December 14, 2020 at the Bailey-Kirk Funeral Home in Princeton with Rev. Larry Dyer and Rev. Blake Bivens officiating. In lieu of flowers, memorial contributions may be made to St. Jude Children’s Research Hospital or Fairview Christian Community Church. The family will receive friends Monday, December 14, 2020 from 6:00 p.m. until service hour at the Bailey-Kirk Funeral Home in Princeton. Online condolences may be shared with the family at www.bailey-kirk.com.

The family of Rex Neely Sr. created this Life Tributes page to make it easy to share your memories.

Send flowers to the Neely family.