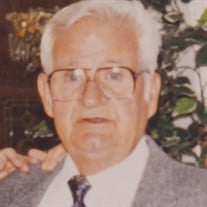 PRINCETON – Randolph (Frank) Carr, 93, of Princeton, died Monday, September 13, 2021. Born August 10, 1928 in McComas, he was the son of the late Walter Carr and Lakey Cline Carr. Mr. Carr loved the Lord and was a faithful member of Calvary Baptist Church in Lake Shawnee for 44 years, where he served as a deacon and Sunday school teacher. He was a coal miner for 25 years and retired from Slab Fork Coal Co. at Alpoca. In addition to his parents, he was preceded by his wife of 72 years, Sylvia Burnette Carr; brothers, Everette Carr, Edgar Carr and Eugene Carr; and sister, Vacie Browning Starnes. Survivors include son, Jerry Carr and wife Marcia of Santee, SC; daughters, Sandra Tolliver and Pamela Phillips both of Princeton; grandchildren, Steven Mitchem, Jordan Phillips, Jason Carr and wife Jeanna, Jonathan Carr, Stacey Jones and husband Dale, K.D. Tolliver and wife Madeline and Brett Lee Tolliver and wife Courtney; and 13 great grandchildren. A private graveside service will be conducted at 1:00 p.m. Thursday, September 23, 2021 at Roselawn Memorial Gardens in Princeton. There will be no services at the funeral home. In lieu of flowers, memorial contributions may be made to St. Jude Children’s Research Hospital. Arrangements by Bailey-Kirk Funeral Home in Princeton. Online condolences may be shared with the family at www.bailey-kirk.com.

The family of Randolph (Frank) Carr created this Life Tributes page to make it easy to share your memories.

Send flowers to the Carr family.