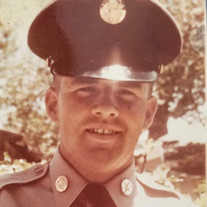 LASHMEET – Mason Earl Angle, 82, of Lashmeet, died Saturday, August 18, 2018. Born July 30, 1936 at Crumpler, he was the son of the late Ronald Angle and Suel Tabor Angle. Mr. Angle was a veteran of the U.S. Army stationed in Alaska. He received an honorable discharge after two years of service. Mason worked at Evans Chevrolet and later Eastern Associated Coal Company for 23 years. As a member of Local 9781, he retired from the mines in the 1980’s. He enjoyed hunting, fishing and spending time with his family. Survivors include his wife of 62 years, Ella Mae Parson Angle; two sons, Greg Angle of Lashmeet and Mark Angle of Oregon; three grandchildren, Jonathan Angle and wife Krystle of Princeton, Rebecca Angle McDonald and husband Caleb of Roanoke, VA and Andrew Blake Angle of Lynchburg, VA; three great grandchildren, Kylah Angle, Gracyn Angle and Bryntlee Angle; two brothers, James Angle and wife Betty of Princeton and Ronald Angle, Jr. of Nashville, TN; and one sister, Noreen Tilley of Princeton. Funeral services will be conducted at 7:00 p.m. Tuesday, August 21, 2018 at the Bailey-Kirk Funeral Home in Princeton with Rev. Rick Setser and Rev. James Ford officiating where military honors will be conducted by the Mercer County Veterans Honor Guard. Burial will be at 1:00 p.m. Wednesday, August 22, 2018 at Roselawn Memorial Gardens in Princeton. Friends attending the service are asked to meet at the funeral home at 12:45 p.m. The family will receive friends Tuesday, August 21, 2018 from 5:00 p.m. until service hour at the Bailey-Kirk Funeral Home in Princeton. Online condolences may be shared with the family at www.bailey-kirk.com.

The family of Mason Earl Angle created this Life Tributes page to make it easy to share your memories.

Send flowers to the Angle family.