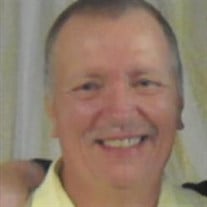 PRINCETON – Larry W. Tiller, 64, of Princeton, died Friday, April 22, 2022. Born November 23, 1957 in Princeton, he was the son of the late Roland Tiller and Eula Copley Tiller. Larry was a veteran of the U. S. Marine Corps. He was a truck driver all of his adult life and was an employee of Graham Trucking in Princeton. He was an avid backgammon player. In addition to his parents, he was preceded in death by his second wife, Tama Wells Tiller; and brother, Kelly Tiller. Survivors include one son, Larry Tiller, II of Readyville, TN; daughter, Elyse Tiller of Woodbury, TN; two step-daughters, Summer Browning and Alexis Browning; one brother, Danny Tiller of Kegley; one step-brother, Johnny Davis of Florida; nephew, Danny Tiller, II; and niece Danielle Bratsis. Funeral services will be conducted at 2:00 p.m. Thursday, April 28, 2022 at the Bailey-Kirk Funeral Home in Princeton with Pastor Chris Richards, officiating. Interment will follow at Roselawn Memorial Gardens in Princeton where military honors will be conducted by the Mercer County Veterans Honor Guard. The family will receive friends Thursday, April 28, 2022 from 1:00 p.m. until service hour at the Bailey-Kirk Funeral Home in Princeton. Online condolences may be shared with the family at www.bailey-kirk.com.

The family of Larry W. Tiller created this Life Tributes page to make it easy to share your memories.

Send flowers to the Tiller family.