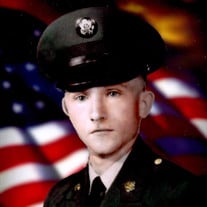 PRINCETON – James Henry “J.R.” Rose, 71, of Princeton, died Tuesday, March 17, 2020. Born February 20, 1949, he was the son of the late William and Vicie Graham Rose. Mr. Rose was a retired service officer for the State Division of Veterans Affairs. He was a member of the V.F.W., lifetime member of the Vietnam Veterans of America and Military Order of the Purple Heart. He was a Kentucky Colonel, and a recipient of the Legion of Honor Award from the Chapel of the Four Chaplains. He was also Who’s Who Among Police Chiefs and a member of Johnston’s Chapel Baptist Church in Princeton. In addition to his parents, he was preceded in death by first wife Sharon, and sisters, Virginia Faye Martin and Ann Rose; and brothers, Silas, Lonnie, and Bobby, and infant brothers, William, Allen and Johnie Rose. Survivors include wife, Carol Walker Rose; sons, Eric Walker and wife Amy of Hampton, VA and Jonathan Walker of Princeton; sisters, Janet Stanley of Raven, VA and Susie Hollands of Athens; grandchildren, Josiah, Levi, Grace, Abigail, Noah, Isaac; and foster granddaughter, Salena Milliken. Out of concerns for public health due to COVID-19 the services for Mr. Rose will be private on Tuesday, March 24, 2020 at the Bailey-Kirk Funeral Home in Princeton with Rev. Jim Simmons and Rev. Dan Thyng officiating. He will be interred at Roselawn Memorial Gardens in Princeton. Military honors will be conducted by the Mercer County Veterans Honor Guard. In lieu of flowers, memorial contributions may be made to the “Go Fund” at Johnston’s Chapel Baptist Church, Box 984 Halls Ridge Road, Princeton, WV 24739 Arrangements by Bailey-Kirk Funeral Home in Princeton. Online condolences may be shared with the family at www.bailey-kirk.com.

The family of James "J.R." Rose created this Life Tributes page to make it easy to share your memories.

Send flowers to the Rose family.