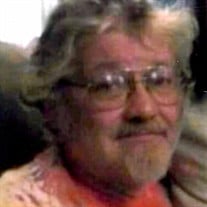 MATOAKA &#8211; James Keffer, 57, of Matoaka, died Monday, March 8, 2021. Born January 24, 1964 in Princeton, he was the son of Roy Keffer, Sr. and his step-mother, Alice of Peterstown and Mabel Beasley Lewis of Princeton. He was preceded... View Obituary & Service Information

The family of James Keffer created this Life Tributes page to make it easy to share your memories.

Send flowers to the Keffer family.