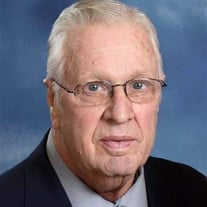 PRINCETON – Jackie Lee (Jack) Archer, 78, of Princeton, passed away at his home Saturday, June 29, 2019, after a 13-year battle with cancer. Born May 30, 1941, Jack was the son of the late Snowdie and Ruth Wimmer Archer. He was a former employee of Eastern Associated Coal Company Keystone #1 and the former co-owner of Fred & Jack’s Auto Salvage. He was most proud, however, of his service to Maranatha Baptist Church in Princeton as head usher and trustee while his health permitted. Jack also enjoyed attending the Lashmeet Men’s Fellowship Group. In addition to his parents, Jack was preceded in death by one sister, Jane Gross; and one brother, Harry Archer. He is survived by his wife of 56 years, Carolyn Howard Archer; daughters, Jackie Barton (Michael) and Bobbi Cooper (Billy), all of Princeton; the two special loves of his life were his granddaughters – Brittni Cooper and fiancée Patrick Williams, and Hilari Barton and AJ Wendel, all of Atlanta, Ga. He also is survived by one maternal aunt, Betty (Mason) Snider, of Speedway; Aunt Elizabeth Stinson, of Princeton; and several nieces, nephews, cousins and friends. A memorial service will be held at Maranatha Baptist Church, 314 Oakvale Road in Princeton, Saturday, July 13, at 2:00 p.m., with Pastor Marvin Mills and Pastor J.P. Mays officiating. Friends may visit with the family one hour before the service begins. In lieu of flowers, the family requests donations be made in his memory to Maranatha Baptist Church. Arrangements by Bailey-Kirk Funeral Home in Princeton. Online condolences may be shared with the family at www.bailey-kirk.com.

The family of Jack Archer created this Life Tributes page to make it easy to share your memories.

Send flowers to the Archer family.