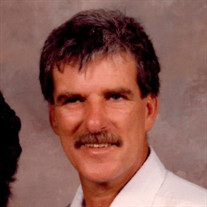 PRINCETON – Dwight Howell, 73, of Princeton, died Tuesday, September 14, 2021. Born July 3, 1948 in Rock, he was the son of the late Roy Lee Howell and Lorene Shrewsbury Howell. Mr. Howell was a veteran of the US Air Force. He was a former coal miner and worked in construction. In addition to his parents, he was preceded in death by grandson, Ty Howell; and brothers-in-law, Lester Combs, Jackie Neely and Jim Butler. Survivors include his wife, Debra Belcher Howell; son, Staffan Howell of Princeton; brothers, Daniel Howell and wife Betty of Princeton, Ricky Howell and wife Debbie of Princeton, Michael Howell and wife Carolyn of Athens and Mark Howell and wife Lorrie of Princeton; sisters, Linda Newcombe and husband Clark of Jacksonville, FL, Delores Combs of Princeton, Johnnie Neely of Princeton, Brenda Butler of Atlanta, GA and Deborah DeSousa and husband Hansel of Allentown, PA; and grandchildren, Bryce Monroe Howell, Tylar Shay Howell and Asher Reid Howell. There will be no services at the funeral home. Arrangements by Bailey-Kirk Funeral Home in Princeton. Online condolences may be shared with the family at www.bailey-kirk.com.

The family of Dwight Howell created this Life Tributes page to make it easy to share your memories.

Send flowers to the Howell family.