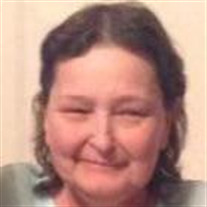 PRINCETON – Debra L. Farmer, 63 of Princeton died Thursday, March 21, 2019. Born May 15, 1955 in Chicago, Illinois she was the daughter of Ruth Jones Christian of Richlands, North Carolina and the late Arthur Christian, Sr. Debra was a former employee of Grants Super Market at the Crossroads in Princeton. In addition to her mother, she is survived by sons, Roger Farmer of Princeton and Jesse Farmer of Tucson, Arizona; brothers, Arthur Christian, Jr. of Princeton and Mark Christian and wife Ruth of Richlands, North Carolina; sisters, Veronica Bragg of New Bern, North Carolina and Ruth Muncy and husband William of Avondale, West Virginia; nieces and nephews, Sasha Muncy, Ariel Christian, John Kidd and wife Holly, Misty Gonzales and husband Larry, Stacey Bailey and husband Tommy, Pete Formato, Jr., Tiffany Formato and sister-in-law Toni Formato. Honoring her wishes the body will be cremated after the visitation. There will be no services. Friends may visit with the family from 6-7 p.m. Monday, March 25, 2019 at the funeral home. Arrangements by Bailey-Kirk Funeral Home in Princeton. Online condolences may be sent to the family at www.bailey-kirk.com.

The family of Debra L. Farmer created this Life Tributes page to make it easy to share your memories.

Send flowers to the Farmer family.