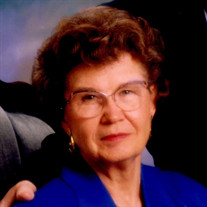 GREENSBORO, NC – Cleone (Toni) Reetz Blankenship, 92, of Greensboro, NC, formerly of Matoaka, died Friday, August 3, 2018. Born November 30, 1925 in Bloomfield, NE, she was the daughter of the late Jay R. Reetz and Carrie Olson Reetz. Mrs. Blankenship was a member of Ashworth Memorial United Methodist Church in Matoaka where she taught children and youth Sunday school for over 30 years. She also served on several boards and committees of the church over the years. She was a member of the Laura Wheeler Wesleyan Guild until she became a member of the UMW. She attended Knox County Grade School and was a 1942 graduate of Bloomfield High School. She attended the University of Nebraska in Lincoln and taught at country schools. She enjoyed gardening and flower arranging and was a member of the Matoaka Garden Club. She was also a member of the PTA and Mercer County Democrat Women. She enjoyed volunteering for many groups, reading, and flea marketing with her husband. She cared for her mother during her last 17 years until her death at age 102, then cared for her husband until his death. She was the first woman appointed to the WV Medical Licensing Board, appointed by Jay Rockefeller as a lay member. In addition to her parents, she was preceded by her husband, Claude Blankenship; son, Jay Blankenship; and sister, Ziola Reetz Herzog. Survivors include daughter, Sandra Palmer and husband Terry of Greensboro, NC; two grandchildren, Erica Palmer and husband Craig Bowyer of Greensboro, NC and Bret Palmer of Mayodan, NC; and four great grandchildren, Margaret Bowyer, Andrew Bowyer, Jay Palmer-Bowyer and Finnley Palmer-Bowyer. Funeral services will be conducted at 11:00 a.m. Wednesday, August 8, 2018 at the Bailey-Kirk Funeral Home in Princeton with the Rev. David Damewood officiating. In accordance with Mrs. Blankenship’s wishes, the body will be cremated and a private burial will be at Roselawn Memorial Gardens in Princeton at a later date. In lieu of flowers, memorial contributions may be made to SECU Family House, 1970 Baldwin Lane, Winston-Salem, NC 27103. The family will receive friends Tuesday, August 7, 2018 from 6-8 p.m. at the Bailey-Kirk Funeral Home in Princeton. To view a video tribute to Mrs. Blankenship, or share condolences with the family, please visit www.bailey-kirk.com.

The family of Cleone (Toni) Blankenship created this Life Tributes page to make it easy to share your memories.

Send flowers to the Blankenship family.