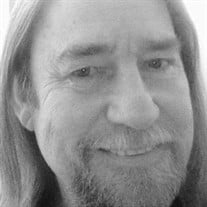 SPANISHBURG – Chris Rowe, “The Old Computer Guy,” 72 of Spanishburg died Sunday, December 22, 2019. Born May 25, 1947 at Bradshaw, WV he was the son of the late Blaine Rowe, Jr. and Janice Kennedy Rowe. Chris was a born-again Christian. He served in the US Navy for 12 years during the Vietnam era. He was a member of the West Virginia State Bowling Championship League and the US Navy Bowling Team. He played the guitar and was a professional musician. In addition to his parents he was preceded in death by his sister, Melody Colleen Price. He is survived by his wife, Suzanne Fitzgerald-Rowe; two brothers, Casey Rowe and Cliff Rowe; two children by his first wife, Sheron, Crystal Rowe and Shannon Rowe-Smith and grandchildren, Kendon, Sean and Ashley and great grandchildren, Daniel and Carson; two step-children with his second wife, Margaret Rowe (deceased), Christopher Christian and James Varney; grandchildren, Tyler Christian, Caitlyn Christian and Joseph Varney; great grandson, Elijah Sifford. There will be no services at the funeral home. In lieu of flowers memorial contributions may be made to the Joseph Varney College Fund, P.O. Box 94, Spanishburg, WV 25922. Arrangements by Bailey-Kirk Funeral Home in Princeton. Online condolences may be sent to the family at www.bailey-kirk.com.

The family of Chris Rowe created this Life Tributes page to make it easy to share your memories.

Send flowers to the Rowe family.