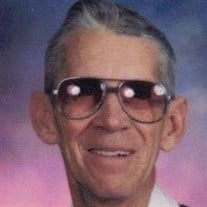 LASHMEET – Bernard Foley, 88 of Lashmeet died peacefully at Princeton Community Hospital on June 11, 2019 surrounded by his loving family. Born August 23,1930 at Beeson he was the son of the late Forest Marshall Foley and Velva Shrewsbury Foley. Bernard graduated from Matoaka High School in 1948 and worked for A&P for 31 years then at Athens School for the remainder of his career until retiring in 1993. He also served in the WV Army National Guard 150th Cavalry for 24 years attaining the rank of Sergeant 1st Class. He was an active member of the Lashmeet Ruritan Club for almost 50 years joining the club 6 months after it was chartered. He served numerous positions including Zone Governor, Lt Governor and District Treasurer. His tireless hours of volunteerism to the organization earned him the prestigious Tom Downing Award in 2004. Bernard took a strong interest in music and started teaching himself to play the banjo given to him by his Grandpa Foley at the age of 12 and continued to learn the guitar and other instruments throughout the years. He was honored to be selected as a personal entertainer to Senator Robert Byrd on the Senator’s last visit to his home place. The Midknight Ramblers band of which he was a member provided the music at the campaign rally for George W. Bush in 2002 at the Brushfork Armory which was attended by his father former President George H.W. Bush. Bernard had several gospel songs and CDs published. He played in numerous bands including Midknight Ramblers, Uncle Sam & the Gospel Gang and In2Blu. He spent many years selflessly donating his time and musical talent entertaining at nursing homes, hospitals, community events and reunions. He spent most of his life providing music at his church, most recently attending Grace Temple Church in Princeton, of which he was a founding member. In addition to his parents he was preceded in death by sisters, Christina Dillon, Crystal Williams, Pauline McBride and Reva Harrison and brother, Marshall Foley. Left to cherish his memory are his loving wife of 60 years, Glenda Beggs Foley; children, Kathy Rogers and husband JD of Del Ray Beach, FL, Byron Foley of Edmond, OK, Sandra Baxter and husband Brian of Princeton, Sherri Poole and husband David of Princeton, Steve Foley of Lashmeet, David Foley and wife Becky of Bluefield and Michael Foley of Yadkinville, NC; brother, Charles Foley of Boiling Springs, SC; sister-in-law, Cheryl Foley of Colorado Springs, CO; nine grandchildren and five great grandchildren. Bernard loved the Lord, his family, his friends, a good dessert, delivering a witty one-liner and the sweet sound of a well-played Martin guitar. He will be greatly missed by all who knew him. Funeral services will be conducted at 1:00 p.m. Tuesday, June 18, 2019 at Bailey-Kirk Funeral Home with Pastor Connie Lester officiating. Interment will follow at Resthaven Memorial Park in Princeton where military honors will be conducted by Mercer County Veterans Honor Guard. Friends may visit with the family from 6-8 p.m. Monday, June 17 at the funeral home. Arrangements by Bailey-Kirk Funeral Home in Princeton. Online condolences may be sent to the family at www.bailey-kirk.com.

LASHMEET &#8211; Bernard Foley, 88 of Lashmeet died peacefully at Princeton Community Hospital on June 11, 2019 surrounded by his loving family. Born August 23,1930 at Beeson he was the son of the late Forest Marshall Foley and Velva Shrewsbury... View Obituary & Service Information

The family of Bernard Foley created this Life Tributes page to make it easy to share your memories.

Send flowers to the Foley family.